I WANT THE RAPID TRADING ENGINE!

Finally! The Hardest Part Of Trading Is DONE FOR YOU

Seamlessly Trade A System Based On Decades-Long Market Conditions

Rapid Trading Engine gives you a full day's head start over other traders out there by detecting trend changes sooner than others normally do.

There's no trading dangerous futures or short sales and no need to constantly day trade.

This strategy was designed for success whether the markets go up, down or sideways...in ALL ECONOMIC CONDITIONS 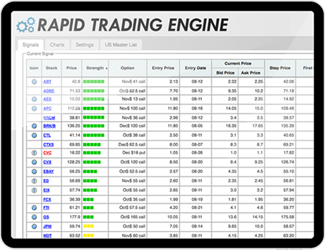 Get Started With
The Rapid Trading Engine

There's nothing to install, just simple, easy access from anywhere you have an internet connection and automatically updating after each trading day.

With the provided entry, exit, stops and profit target orders, there's no more guesswork or analyzing the markets.

You have the opportunity right now to make a conscious decision to change your future.

Don't Just Take Our Word For It...

So pleased with the program that I'm a lifetime member! I had a little experience with following options tips and your system is easy to follow.

This has been very good experience I am very happy with the progress that Rapid Trading Engine has given me. Since I had been doing credit spreads, this is much easier for me. First I set the trade and wait 2 days and then set the exit point and then just watch like magic. Some days no trades close and other days 1 to 4 trades close. I really love this program. Thank you!

Very happy with the Rapid Trading Engine service. Just waht I was looking for. I am averaging 1 to 2 trades a day with great results. Please keep them coming.

I Want The Rapid Trading Engine

I’m going to make this decision even easier by giving you the most generous guarantee in Profits Run history. When you buy the Rapid Trading Engine it comes with a 60 Day, 100% Money Back Guarantee. 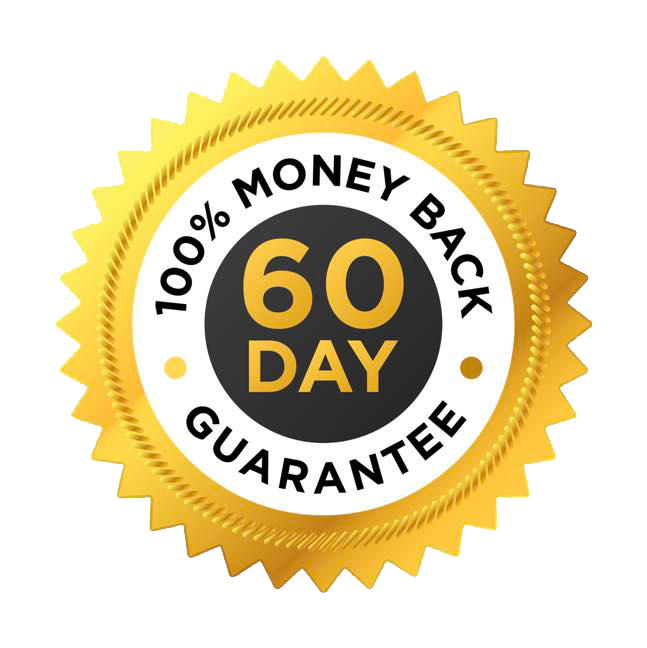 I Want The Rapid Trading Engine

How many trades can I expect each week?

One of the key components that makes this system so effective is because it’s a computer...free from the influence of human emotions...It never tries to force winning trades into a market that doesn’t have any. If the trades aren’t there, it won’t create them out of thin air. This is one of the primary ways trading with the Rapid Trading Engine slashes your risk.Don’t make the mistake of thinking that means you won’t have plenty of opportunities to trade. Because even with our intense level of risk mitigation built in, on average, the engine spits out higher-potential trades each week. You can trade as many, or as few, as you like.

I don’t have any trading experience, will this work for me?

Absolutely. That’s the point! The Rapid Trading Engine was built with beginning traders in mind. It’s easy to use, requires ZERO previous experience and does all the hard work for you. It includes tutorials on the Basics of Options trading to bring you quickly up to speed. You don’t have to crunch numbers... perform backtests or simulations... and you don’t have to pay attention to any indicators or charts whatsoever. If you can use a basic web browser or smartphone, you’re set. Follow the alerts and you instantly have the potential to enter a new world of trading that puts you in control.

How much money do I need to make my first trade?

Remember: one of secrets of the Rapid Trading Engine is it gives you control over your trading activities without the need for a large account.In other words…This is not the kind of system that requires $20,000 or $25,000 to start. That’s a lot of money. If you’re just getting started, frankly, it’s too much to ask. That’s why you can start with many of the trades inside the Rapid Trading Engine for just $500 and sometimes just a few hundred bucks. You should have a starting trading account size of at least $2500.

What happens if the stock market goes down?

It doesn’t matter. The Rapid Trading Engine doesn’t care if stocks go up, down, or sideways. It trades a unique system that responds to the major market, bull or bear. This is one of the many reasons it gives you a powerful advantage over buy-and-hold investors who are at the mercy of the market.

Do I have to do this at night like you did?

No! You can use the Rapid Trading Engine at any time.That’s because all the important “night-only” work I used to do each evening is now being done, on autopilot, by the Engine. So you don’t have to spend your nights the way I did. You can do this anytime, anywhere, from any device.

How does your guarantee work?

It’s simple. Take the Rapid Trading Engine for a test drive today. Make a few of the trades — either in real life, or “on paper”... Evaluate the results... And at any point over the next 60 days… If you’re not thrilled, just let us know and you’ll get back your entire membership fee. No questions asked. I can make an offer like that because I know how powerful this system is... And I am hopeful that you will make the decision to join the Profits Run family...

DISCLAIMER: Trading stocks, options, exchange traded funds (ETFs), or currencies is not appropriate for everyone. There is a substantial risk of loss associated with trading these markets. Losses can and will occur. No system or methodology has ever been developed that can guarantee profits or ensure freedom from losses. No representation or implication is being made that using this methodology or system will generate profits or ensure freedom from losses. Any testimonials displayed are unique experiences and no indication that you could do as well or better than any results mentioned in the testimonial. Please remember that investing is risky. That's why you should only invest with funds that you can afford to lose. There is no guarantee of success using any methods or techniques we publish. Profits Run is a financial research publishing firm - we are not investment advisors. Please consult with a registered investment advisor before making any investment decisions.